Questions have Artist reflecting on 9/11/01

Tom Goss is a  native of  Kenosha, Wisconsin, he spent his high school and college years as a wrestler, leaving the family sport of gymnastics for one better suited to his teenage aggression. Following a brief stint as a teacher, he moved to Washington, DC in 2004 to enter Catholic seminary. It did not go as planned, and he abandoned his quest to become a priest—but not his desire to spread a message of hope and reconciliation through his music.

Now he is winning followers across the country while still finding time to lead and raise funds for a DC nonprofit called Charlie’s Place that provides free meals, clothing and social services to the homeless. It is the perfect day job for a man who lives what he sings.

Please tell us how you entered the music business?

It was something I stumbled on really.  I was playing music on the side for years, just as something that helped me process emotions and cope with whatever I was dealing with.  Eventually, as my other career ambitions fell to the wayside it was all I had left that I was still passionate about. 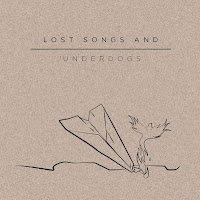 What was the inspiration behind your album “Lost Songs and Underdogs?”

I write a lot of songs.  Not all of them fit on every project.  The songs on Lost Songs and Underdogs were songs that for one reason or other didn’t fit the mold.  Many of them are dark, sad and intimate.  I loved these songs and would play them live on rare occasions however, they needed to be recorded and released in a way that would tell their story most effectively.  That’s what I set out to accomplish in Lost Songs and Underdogs.

Please share with us what you have learned from the creation of your latest album.

Lost Songs and Underdogs was different for me because I did everything.  I’m a firm believer in surrounding yourself with great minds to push you to create a bigger and better project.  However, sometimes, in doing so, you compromise what your initial inspiration was.  I didn’t want to do that for this record.  I wanted this record to provide insight into my soul.  I wanted it to be intimate and honest.  As a result I didn’t let anyone listen to it until it was done, not even my husband.  I played all the instruments and did all the recording.  I learned that I’m much more well rounded as an engineer and musician that I ever believed beforehand.

What is the process that you go through in the creation of a song?

Songwriting is very fluid to me.  Usually I pick up an instrument and something about the sound of a chord touches me.  Eventually I start to sing and then I try frantically to coral the words into a coherent story.  My writing is very subconscious.  I would never be able to write what I do if I thought about it.

Which song on “Lost Songs and Underdogs” has the most meaning for you and why?

They all do.  This album is a glimpse into my soul.  It holds some of the darkest nights of my life and speaks to my struggles to become that man I am.  I write about divorce, infidelity, death, suicide, alcoholism, promiscuity, loss of innocence and eventually – redemption and rebirth.  This is not a record that you’ll pop in and be immediately grabbed.  Lost Songs and Underdogs is best listened to in its entirety, while being present.

What has discouraged you the most about making music?

Making music is not discouraging.  It is the rest that often is.  Booking and promoting, dealing with the back end industry stuff.  It’s non-stop work.  But the highs are worth it.

A few fun questions to get to know Tom Goss better:

If music were not an option, what would you be doing?

What are some unusual foods you really like and your favourite simple recipe is?

I eat a lot of seafood and veggies.  I grew up thinking squid sauteed in it’s own ink was normal so that might give you a sense of what I love.  You can make that by getting a bunch of un-cleaned squid.  Clean it.  Make sure you keep the ink, just discard the spine and the head (but not the tentacles).  Saute in oil, filberts (is a nut), and oregano then drop in the squid for a couple minutes.  Tasty times!

Please tell us where folks can find your music?


Thank you Tom for taking the time to speak with us!
Unashamed Faith Cafe on Facebook

NAME: Arizzona, Unashamed Faith Cafe Radio Program
Radio Program & Bio...
Unashamed Faith Cafe (UFC) features the best in Spiritual and gifted artists from around the world who have united together in faith, hope and love. Her vision for UFC is to establish a viable promotional tool for Spiritual and glbt artists that allows them to broaden their outreach, and that through UFC, a universal message of acceptance, understanding, and respect is heard.

Purpose Statement of Unashamed Faith Cafe: To discover and promote Spiritual artists so the world can enjoy music and inspiration that spreads the Grace message of God's love with us all.

Mission Statement of Unashamed Faith Cafe: To have a diverse impact on our community by providing faith based programming that inspires, uplifts and encourages us all spiritually